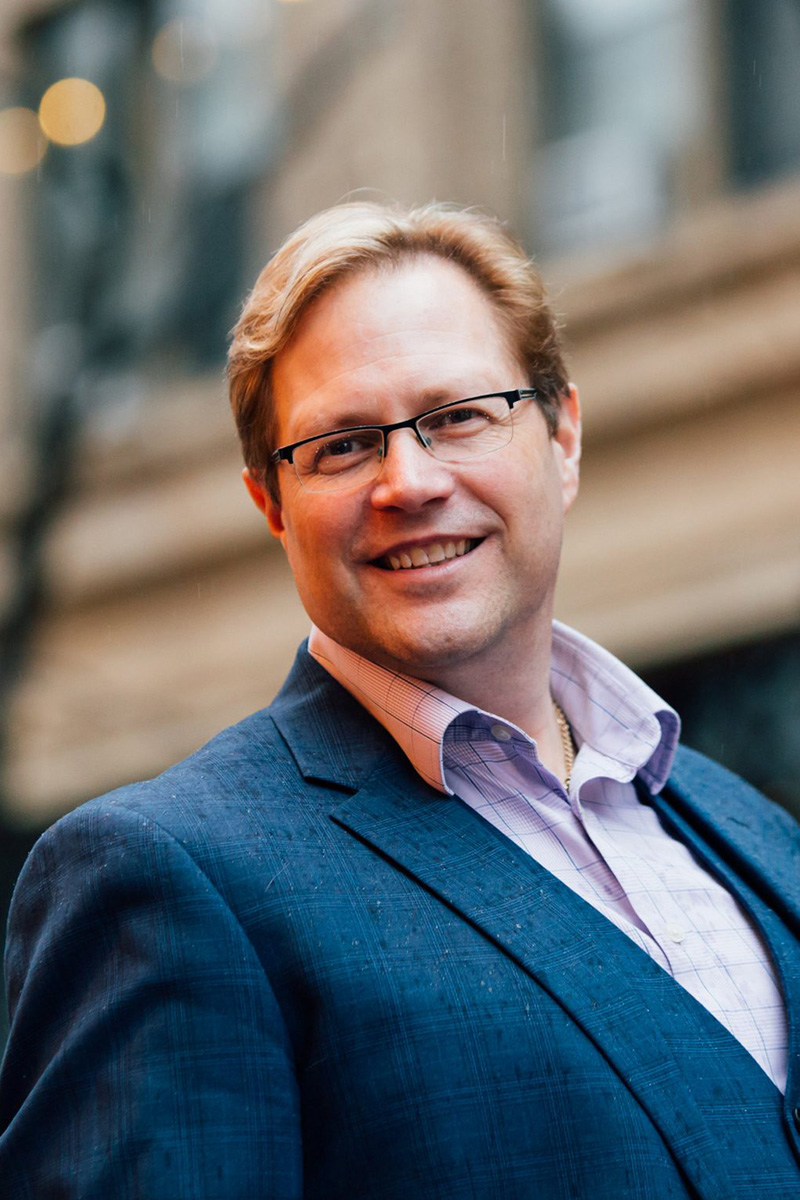 C. Michael-jon Pease comes to the Conservancy with 24 years of leadership and fundraising experience.

He served as the executive director for Park Square Theatre from 2012-2020 and was been on staff for fifteen years.

While there he served as the lead fundraiser to support the company’s $3.5 million operating budget and the $5 million campaign to build the company’s Andy Boss Stage.

Pease began his career as the founding executive director of Cornucopia Art Center in Lanesboro, MN. Recognized by the Southeastern Minnesota Arts Council as its 1999 Arts Administrator of the Year, Pease worked tirelessly to bring honor to his adopted community, earning Lanesboro national attention as one of the “100 Best Small Art Towns,” the 1998 Great American Main Street Award and multiple designations by Outdoor Magazine as one of America’s “Dream Towns.”

Pease earned his M.A. in Arts Administration from St. Mary’s University of Minnesota (Winona), and his undergraduate degrees in Theater and French from Salve Regina University (Newport, RI).

Pease just stepped down as St Paul Rotary’s 110th president and serves on the board of Minnesota Citizens for the Arts. As adjunct faculty at St. Mary’s University – Twin Cities, he taught fundraising at the graduate level.

For fun, he is the Emeritus Senior Captain of the University Club of St Paul Croquet Team, the “Varsity Blues.”

“Like the arts, parks are in my blood,” says Pease. “My first job in high school was performing in a company of Park District Players, taking an interactive performance and theatre games to day camps in city parks. That job taught me how widely park amenities varied depending on the tax resources of the neighborhood.”

“From what I know of Saint Paulites, this community is ready to create the nation’s best and most equitable park system. I think of this work as the intersection of ‘Climate with a capital C and climate with a small c.’ With strategic planning and investment, we can create a park system that supports the environment and makes every neighborhood more welcoming, more supportive of its residents and most of all – more joyful.”

Back to Board Members