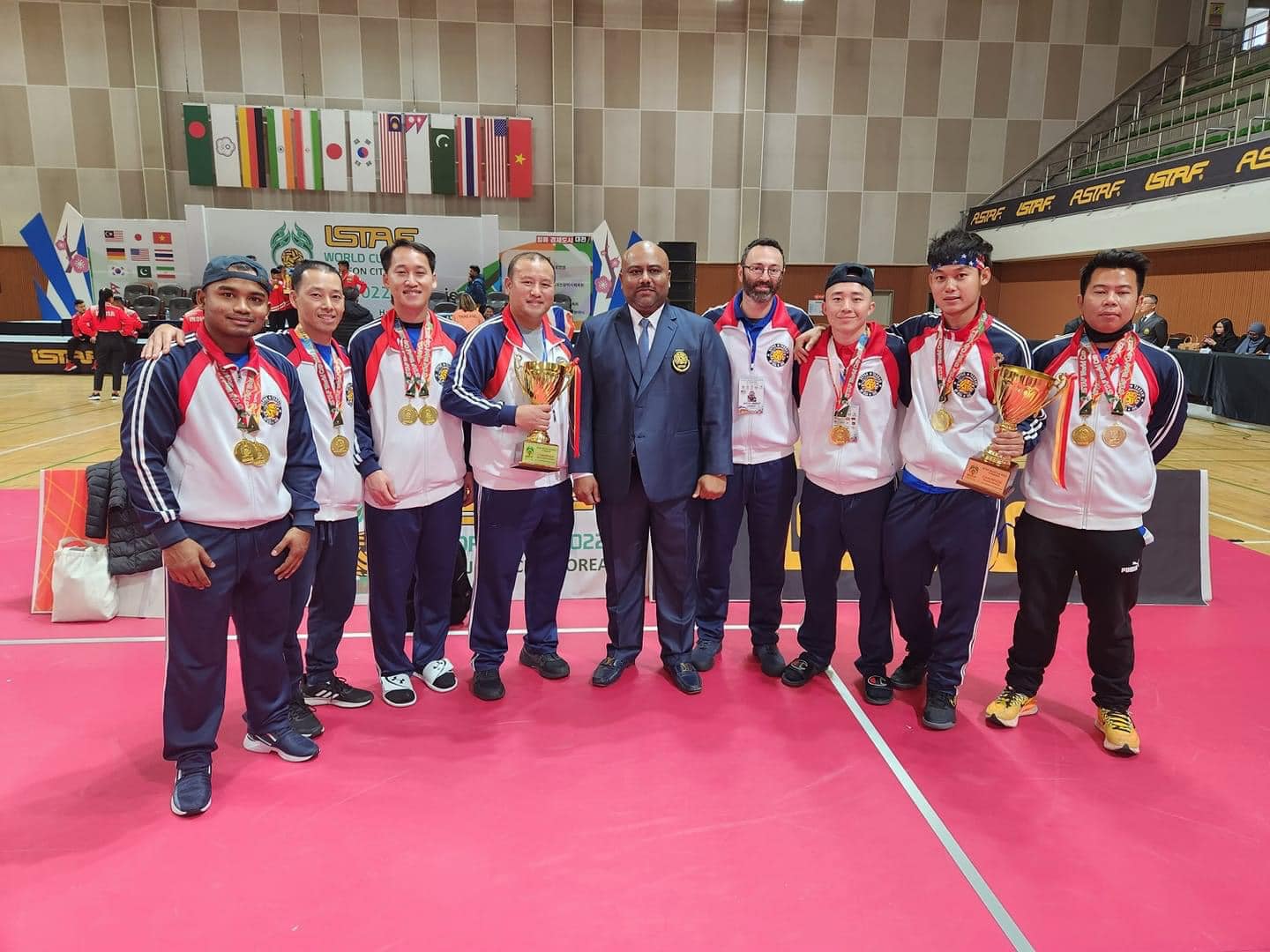 The USA team has won gold for a sport they’ve been playing most of their lives but is still not widely known in the United States.

One of the Conservancy’s proudest partnerships was to build the nation’s first public courts for sepak takraw (Southeast Asian kick volleyball) on Saint Paul’s East Side. Since then, more courts have been added at rec centers like Frogtown, where they are actively used.

In early November, the governing body of the International Sepak Takraw Federation (ISTAF) invited the Sepak Takraw of USA, Inc., to send a team to compete in the ISTAF 2022 World Cup in Daejeon, South Korea. The competition took place from Nov. 25-29.

The group representing the United States beat out teams from Germany, Bangladesh, Pakistan, and Iran to clinch two Gold Medals.

Christ Moo is from Des Moines and is ethnically Karen. Moo has played for most of his life, starting in Thailand. He and his coach, Jeremy Mirken, say they are proud to have represented the USA.

“It’s exciting for me to go and see a lot of good players. It’s one of my dreams to play with professionals. I want to become a professional player,” Moo said.

“It makes me happy for a player like Christ who devoted a great deal of his life to learning this skill and finally gets some recognition for his skillset and accomplishments,” said Coach Mirken.

The players, who are all of southeast Asian descent, such as Hmong, Karen, Karenni, and Burmese, come from several states, our own local Minnesota champions:

Moo says he hopes to continue playing and work alongside Mirken to recruit more young people, especially girls, to participate in the sport.

“After our first Gold Medal, I had the most intense feeling, but I knew we had the best players on the court,” said Jeremy Nathan Mirken, team captain. “I mean, we were unprepared. We only trained for two days, yet we were competing with teams that stayed together and played together for weeks, if not months.” A special event to welcome our returning Gold Medal Champions will be held Sunday, Jan 8, 2023, from noon-5:00 p.m. at Cups and Cheers International Sports Bar, 1626 White Bear Avenue, Saint Paul, MN 55106.